In a world dominated by growing and expanding technologies, the chance to make accurate predictions can be even tougher. This is true with mobile technology, cars, and even houses; there will certainly be innovations, but whether consumers adopt these changes, no one knows.

Air purifiers are no different: there will be lots of unique products and technologies, but which ones succeed? Only time will tell.

But that doesn’t stop us from looking into our crystal ball making a few predictions, or at least guesses, about air purification in the future, as well as techniques to improve air quality. 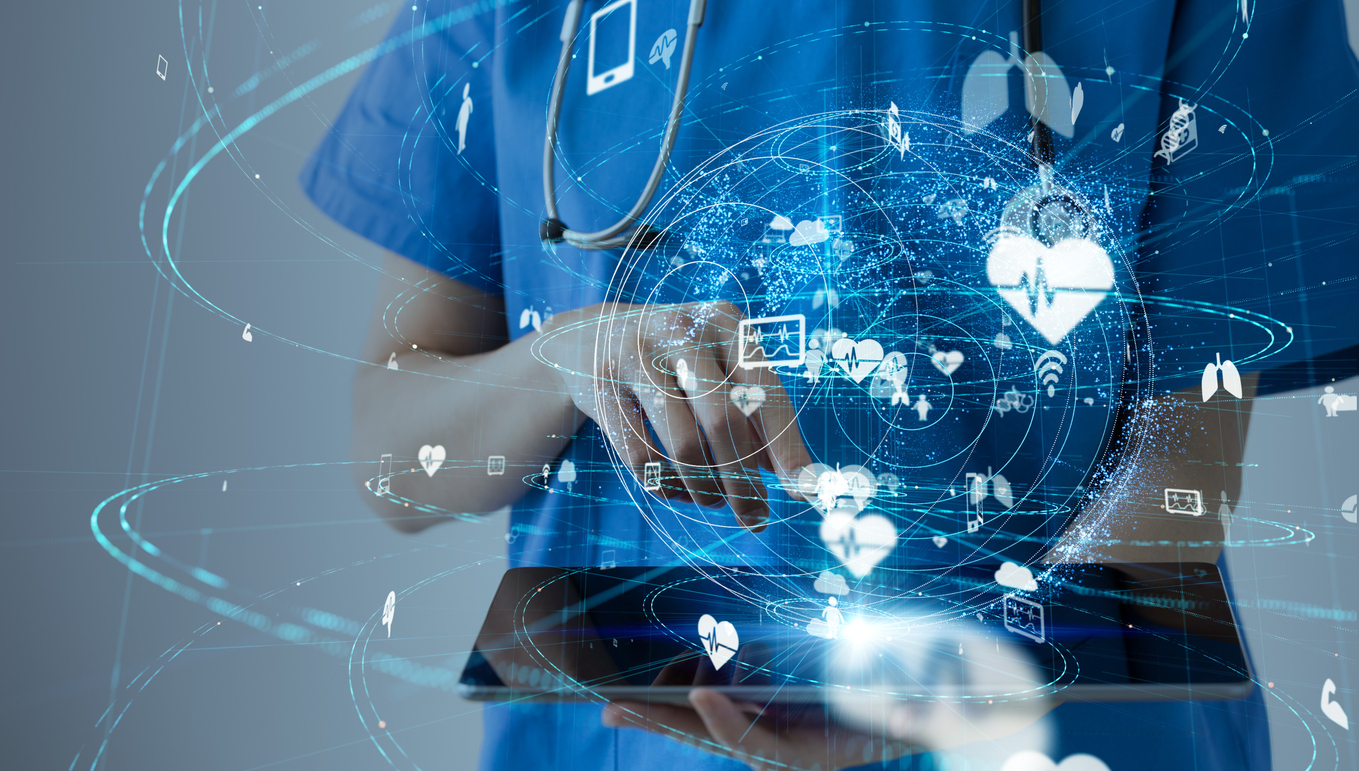 Wearable technology will certainly make an impact on many industries, and there is a strong reason to believe it will create change in air purification and the removal of air pollution. In the future, you may see wearable air purifiers that look a lot like a broadcaster’s headset.

These devices will cover the wearer’s mouth with a small air purifier, which could hold many different technologies, including activated carbon or HEPA air filters. They could, if the technology is developed, even contain UV light to destroy mold and other organic matter; possibly airborne bacteria and viruses. This could mean wearable air purifiers become a standard tool in hospitals and clinics, as they would increase convenience while helping keep patients and employees safe.

Air Purifiers that Use Plants

Plants are a natural way to increase air purification and remove air pollution in your home, making them a wonderful supplement to your air purifier. However, in the future you may see plants that are a part of air purifiers.

Plants naturally take in air and remove the carbon dioxide, using it to fuel the process of photosynthesis. This process results in the plants taking in other chemicals, including air pollution. In fact, plants can absorb some of the smallest particles, particles that even the most advanced air purifiers can’t trap.

In this way, the plant itself acts as a filter. In the future, look for air purifiers that have plants encased in a clear plastic shell, which will allow for sunlight to reach the plant. Fans could then pull air into the chamber, where it will be filtered by the plant. The plant will also release healthy, invigorating oxygen, making it a wonderful addition to your home. While a filter could be used to remove larger air pollution, such as pet dander and dust particles, an air cleaner with a plant can remove chemicals and other small pollutants.

Not all innovations in the air purifier industry will be entirely technical. Some will be more aesthetic and artistic. Consumers in the future will want appliances that remove pet dander and dust particles while forming well with their interior designs, which can be difficult with some of today’s clunky, square, or uniquely-shaped air purifiers. Therefore, you will likely see a variety of purifiers that have various shapes and designs, such as glowing lines, decorative colors, or sculpture-like appearances.

These designs will likely make air purifiers more appealing to many homeowners, so they could help with the overall adoption of these machines.

To help save space, air purification in the future may not come from stand-alone purifiers, but from household items that serve a dual purpose, one of which will be filtering air and increasing indoor air quality. For example, you may have household lamps that not only provide ambient light, but also have a small air filter in the base.

At the other end of the spectrum, you could also see massive air purifiers that are used in giant facilities. In fact, this trend appears to already be started. According to a report from Tree Hugger, there is a 100-meter tall purification tower in Xian, China. It’s believed that this air cleaner covers an areas over 10 square kilometers, significantly reducing air pollution that is released into the atmosphere. While this purifier cleans air being released from a facility, reducing air pollution, the same basic principles could be used to clean air in large facilities. Look for areas and large buildings to have massive purification systems.

There are lots of different technologies and materials that could be utilized for air purification and air quality in the future, but wool might actually be one of the most important. At the present time, wool is not a typical material for air purifiers, but the science of using these materials is being developed, leading many people to believe that it may be the top substance for purification.

Studies are still in the works, but a 2007 study found that “wool is a good absorber of formaldehyde at low concentrations.” Wool could be an interesting source of purification in the future and could increase indoor air quality. It seems that wool could be effective, but right now studies show that it would only be fully useful in areas with vulnerable individuals, such as young children of people with chronic breathing conditions.

Another important technology, one that we will likely see developed in the near future, is nanofibers. A story from Nonwovens Industry states that researchers in Singapore have developed a nano-fiber material that could be extremely effective for air filtration.

According to the story, the thin material can remove 90% of all particles as small as 2.5 microns, while allowing for flow rates 2.5 times better than conventional air filters. This means that purifiers will not only remove a lot of particles from any air that comes through the machine, they will also move lots of air, resulting in a high rate of overall particle removal.

The nanofibers to enhance indoor air quality are made with chemical compounds that are commonly used in dyes, but the developers modified the molecules to allow them to self-organize, similar to a set of building blocks that can organize itself. The nanofibers exist in a solution and cling to nonwoven mesh. All of this results in an air filter that, according to the article, is “two times better in quality than commercial” products. They say the nanofibers are good for use on windows and doors to improve the quality of air inside a home. Essentially, you could have screens that acts as an air filter, which could be potentially useful for homes near wildfires, heavy traffic, industrial pollution, or sources of pollen.

Of course, we live in a world of connected technology, and connected air purifiers are not far behind. Look for air purifiers in the future that can connect with a wide assortment of technologies and systems, including household fans, whole-house fans, air conditioners, humidistats, and more. By having air-control systems that automatically communicate with each other, and make adjustments based on the communication, you can expect air purifiers that are more efficient and more reliable. 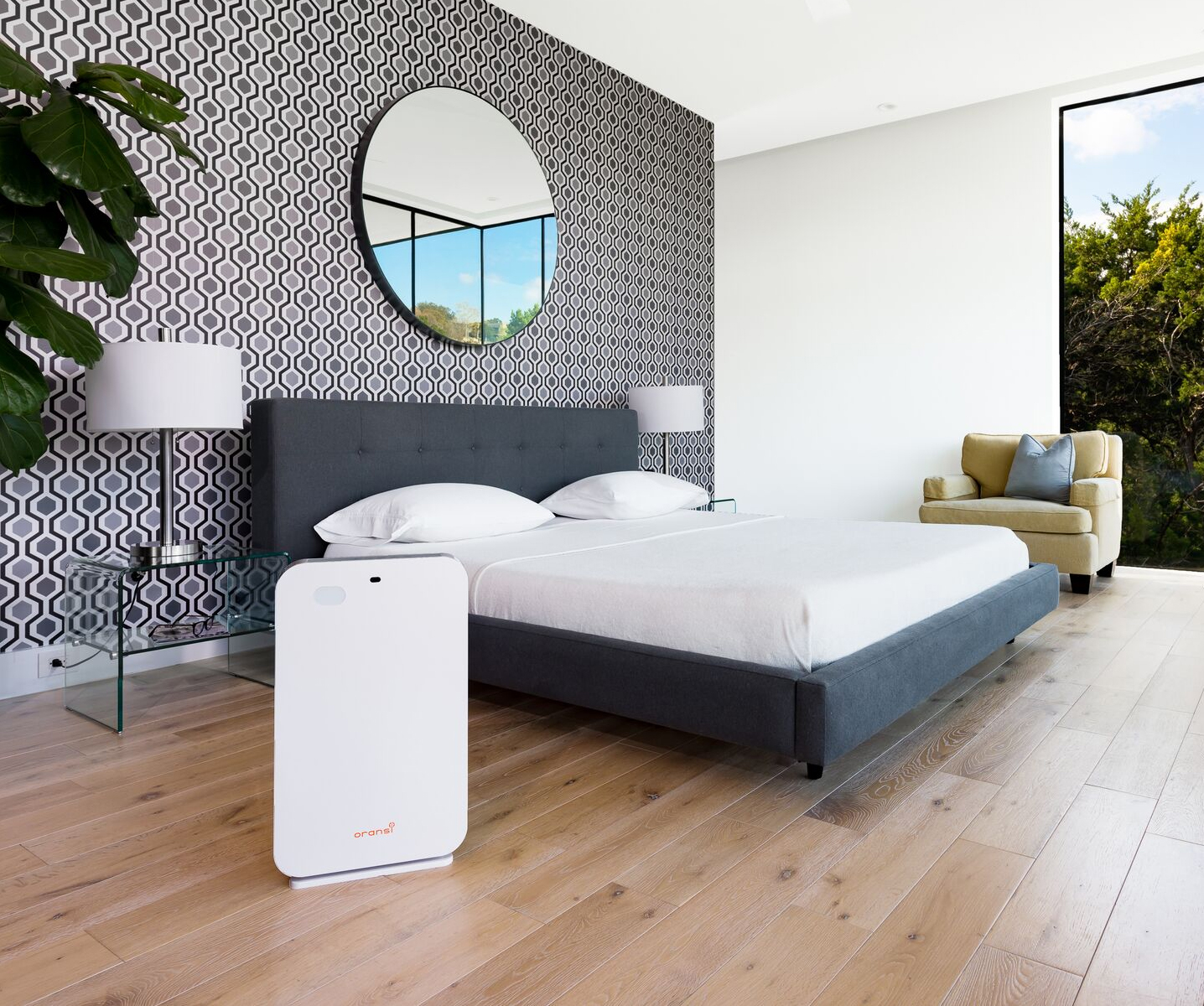 Don’t Wait for the Future: Add a High-Quality Air Purifier to Your Home

The future of air purification and air quality is uncertain, but the present is clear. If you want the ultimate air purifier that removes a large percentage of particles from the air, you need a top-quality product from Oransi.

Our purifiers, while not from the future, use advanced technologies and sophisticated motors to create efficient, effective filtration results. From small bedrooms to commercial settings, if you want an area with clear, healthy air, you need an Oransi air purifier. Before buying an air purifier, be sure to check out our complete selection!