Air quality is often seen as a problem for big cities. Heavy traffic and large industries are seen as the top contributors to air problems, so air pollution isn’t really an issue in the countryside…right?

Rural air quality is just as large of a concern as urban and suburban air quality. As you’ll see, air quality in rural areas is affected by unique sources, and the consequences of not controlling air pollution can be just as severe. However, with a clear understanding, you can have better health and well-being. 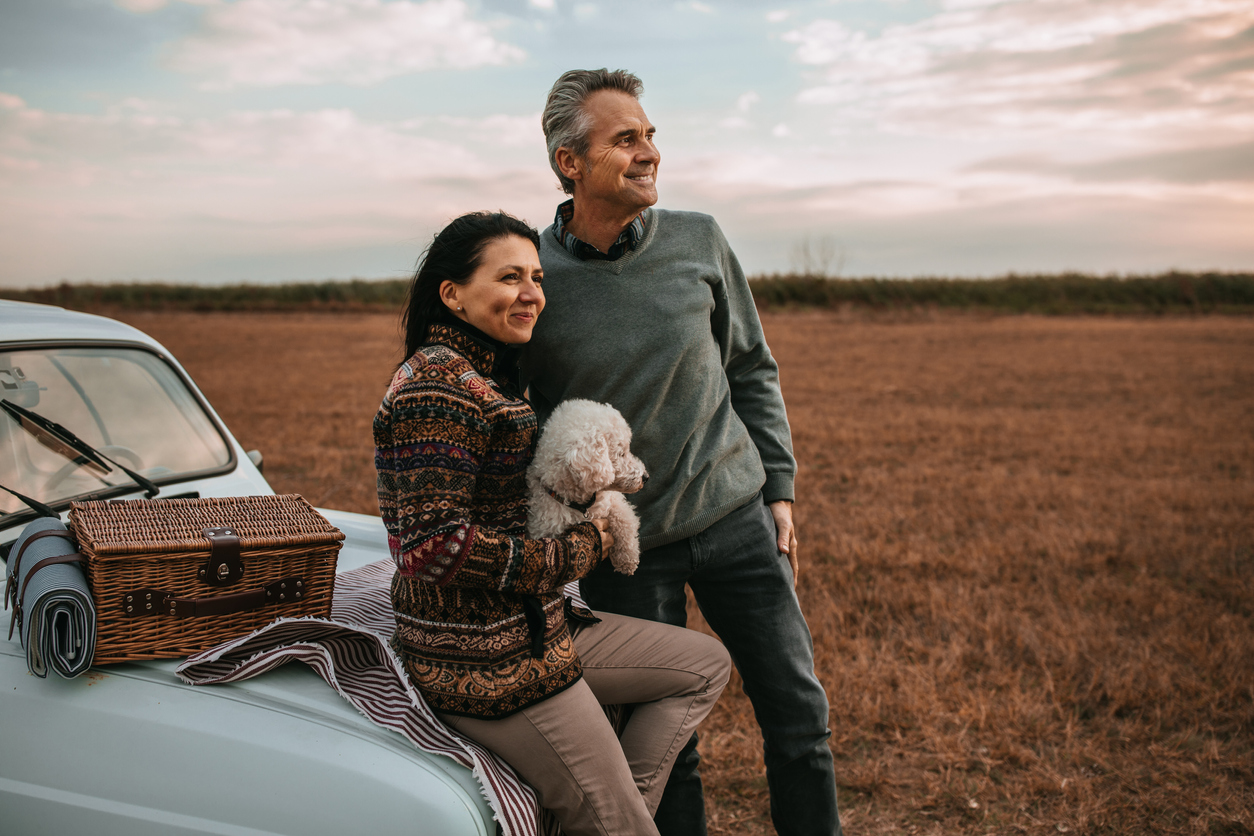 Differences Between Rural and Urban Air

Is rural air any different that the air quality in urban regions?

According to at least one study, the answer is yes. In this case, the news is good for people living in rural areas.

According to a study from the Centers for Disease Control, there is often better air in rural areas compared to urban areas. Low-level ozone, for example, decreases from cities to rural areas. The report also discusses how rural areas “have fewer unhealthy air-quality days,” which the researchers assume is caused by the fact that there are fewer sources of air pollution in rural locations.

But does that mean there are no air pollutants in rural locations?

Far from it. Although the levels were low, the study still found measurable contaminants in rural areas. And as we’ll see, while rural air might be cleaner in general, there are still plenty of sources of rural air pollution that can create problems for people of all ages.

Air quality in rural areas is affected by many different pollutants. To create cleaner air in a rural setting, you first have to know the top pollutants that could create issues. 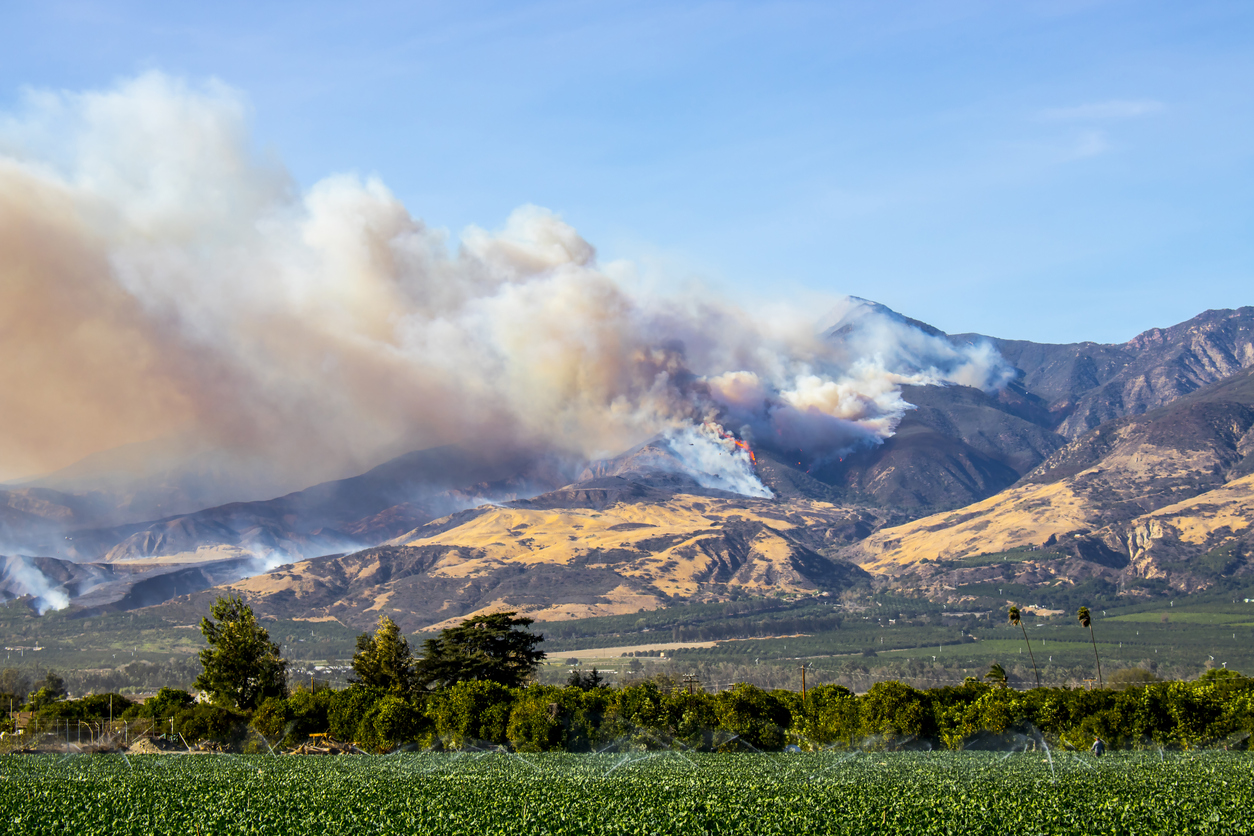 One of the most common contributors to air pollution in rural areas, at least in certain parts of the country, is wildfire smoke. Dry conditions, especially in the western portion of the United States, make for extreme risk from wildfire smoke. When wildfires burn miles away, it can cause smoke to travel to your area, resulting in a wide range of health concerns.

Anyone who has heart or lung issues is at a higher risk of health complications from wildfire smoke. Older adults living in the country may also have a harder time dealing with wildfire smoke, and the issue is often caused by the fact that older adults have a higher risk of heart and lung disease. The other at-risk group is children. A young child’s airways are still developing, and they breath more air per-volume than adults, which means smaller levels of smoke that may not bother an adult could cause a child to have respiratory issues.

Another natural disaster that is likely to cause problems with air quality is a dust storm. Dust storms are essentially massive walls of moving sand and dust particles that are kicked up by high winds. These storms form in dry regions, where dust and sand are easily dislodged from the ground. They are common in the southwestern United States, and usually form in the summer when high winds are frequent.

Dust storms can be as much as 100 miles wide and can travel as fast as 50 miles an hour. Dust storms contain particulate matter, a substance that when inhaled can cause respiratory issues, especially for people with asthma.

Dust storms are both a short-term and a long-term problem. Because they release so much dust and sand into the air, they can literally cause visibility issues, and anyone caught outside during a dust storm can breathe in lots of dust and sand, leading to coughing and wheezing. Breathing dust can cause long-term breathing issues and respiratory problems.

Although pollen can be an issue for people all year long, it is a particular problem in the spring and the fall, when pollen creates higher concentrations of air pollutants. The spring is especially hard on allergy sufferers, and seasonal allergies can cause wheezing, coughing, sneezing, and itchy, watery eyes. The symptoms of pollen allergies often resemble a bad cold, which is why it’s sometimes called “hay fever.”

People in cities and small towns can certainly suffer from pollen allergies, but in rural areas you are likely to come across more grasses and trees that release pollen, creating a greater potential for hay fever.

In addition to dust, pollen, and smoke, there are also chemicals and other air pollutants in the air that can create problems, even for people in the country. While many of these chemicals are associated with urban living, it’s possible to experience problems from these chemicals even if you live in a rural area.

How to Avoid Low Air Quality in Rural Areas 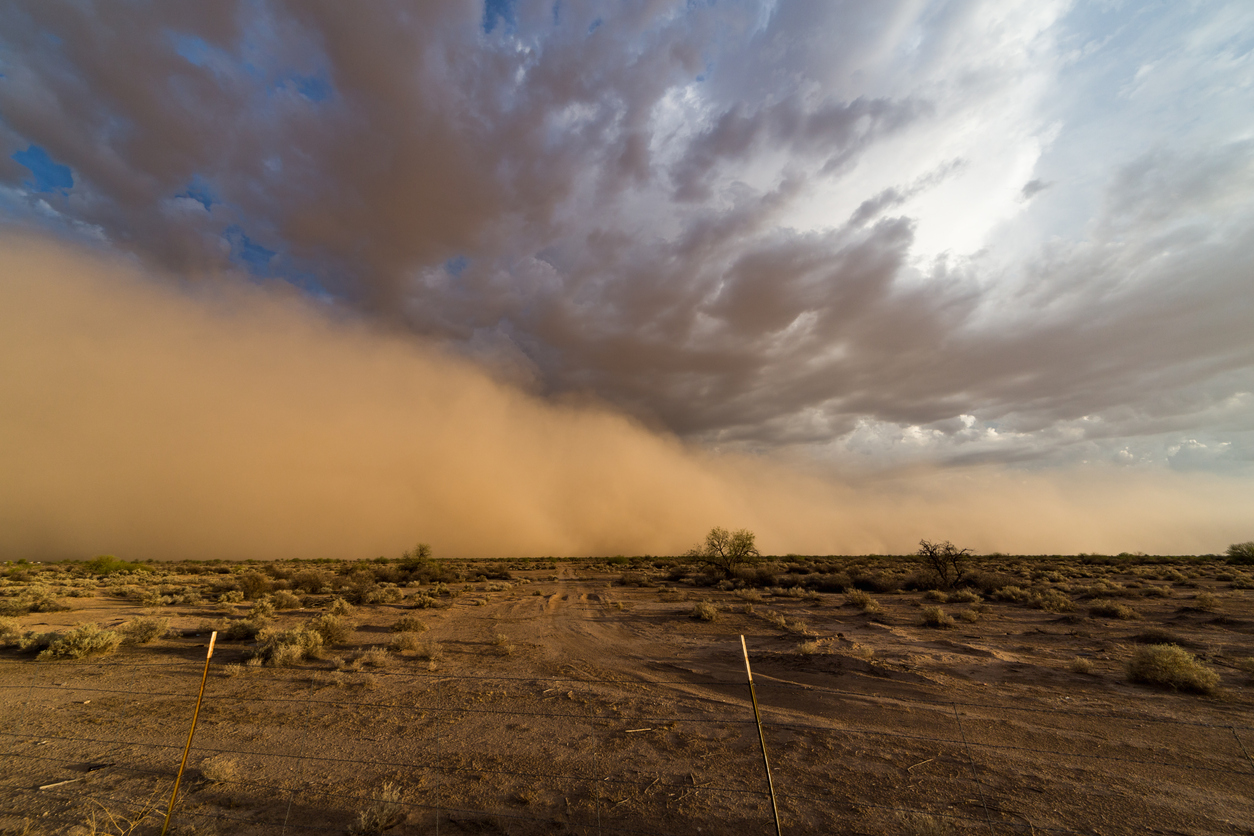 Understand the Risks in Your Area

Each area is different. One region of the country might be subject to dust storms, while another is more likely to experience wildfires. To ensure that your health is not impacted by poor air quality in rural areas, you first have to understand the risks in your location, then have a plan to deal with the issue.

What are the risks in your area? For starters, if you live in the southwestern United States, you likely have issues with dust storms. Pollution from dust storms is more common in states like Arizona and New Mexico, as well as regions of western Texas. In these regions, you have to have a clear plan on how to deal with a dust storm, and you have to prepare your house to be safeguarded against these potential health risks caused by dust.

If you live in the Pacific region, you are likely more at risk from outdoor air pollution caused wildfire smoke. Even if your home is not threatened by flames, you could have smoke in the air, causing short-term coughing or long-term respiratory problems. In these regions, you need to know how to keep the smoke out of your home and have a strategy for reducing indoor smoke smell.

People who live in regions with pollen need to understand how to handle their allergies, as well as how they can avoid serious allergic reactions during the pollen season. A ready supply of over-the-counter medication, for example, should be kept in case of allergy symptoms caused by air pollution.

You probably can’t have a direct impact on the air quality outdoors, but you can make a major difference on household air pollution and indoor air quality. With air purifiers, you are able to filter out many of the harmful chemicals, volatile organic compounds and pollutants that seep into your home. This will seriously reduce indoor air pollution, creating a healthier home for you and your family.

Air Purifiers for Your Country Home

We can’t stop wildfires or dust storms, but we can help you have cleaner air in your home, which is great for your overall health and well-being. With Oransi, you’ll be able to select from the finest air purifiers available, allowing you to remove smoke, dust, pollen, and dander.