According to the most recent data from the World Health Organization, 49% of cities over 100,000 people in high-income countries have air pollution above the WHO guidelines. This means that roughly half of the major cities in the United States and other developed countries have poor air quality.

For middle and low-income countries, the issue is even worse. In these areas. The WHO says that 97% of the cities of the same size have air pollution levels above the standards.

While air pollution can be an issue for people in virtually any location and any country, including rural areas, it appears that people living in urban areas suffer the most exposure to air pollution. A report from the CDC says that air quality improves as we get further away from urban areas. The report states that all pollutants, including particulate matter and ground-level ozone, become more concentrated in the cities.

The implications are clear: if you live in a city, you need to be concerned about the air quality in your neighborhood and in your home. While making direct changes to the air quality outside can be difficult, there are real, effective changes you can make that will allow you to breathe cleaner, healthier air. 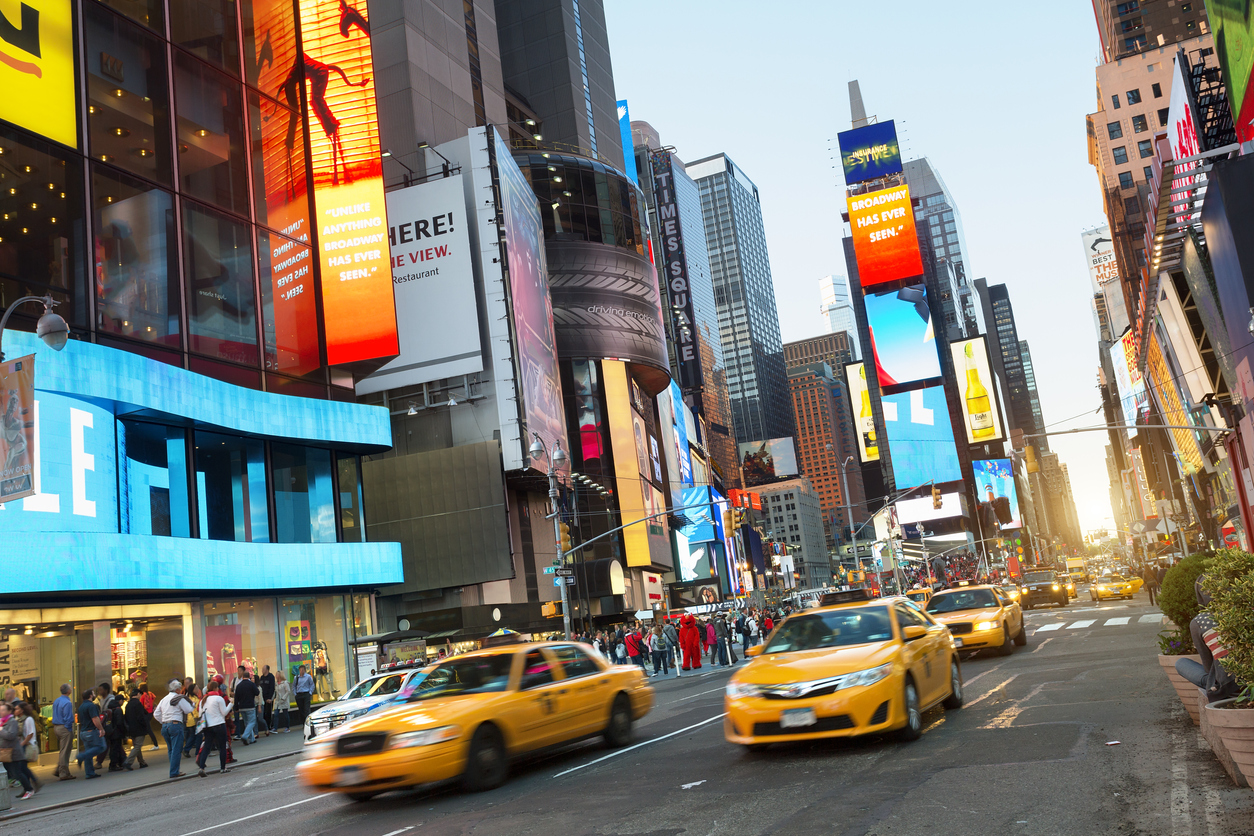 First, it helps to understand the major air-pollution challenges faced by people living in cities. According to the European Commission, there are five major contributors to air pollution in cities. Yes, this information is based on a study from another continent, but it still provides a useful and informative guide for Americans living in urban areas.

The European Commission found that traffic is the #1 contributor to particulate matter, creating 25% of the particulate matter in a typical European city. It’s possible that this number could be higher in some American cities, especially towns with lots of car traffic.

According to the EPA, vehicles contribute a wide range of air pollution. Cars contribute to smog and poor air quality in urban areas, creating negative consequences for the health of United States citizens. Particulate matter is just one of the byproducts created by vehicles, as cars also create nitrogen dioxides and volatile organic compounds, often referred to as VOCs. The health impacts for VOCs are many, and can include irritation to the nose and throat, headaches, and even damage to the liver. There is also some evidence linking VOCs to cancer, making it a particularly concerning form of air pollution.

While this urban air pollution is created by cars and trucks, it’s believed that VOC levels can be as much as five times higher indoors due to off-gasing created by paints, aerosol sprays, cleaners, and disinfectants, among other pollutants.

Another major contributor to air pollution in cities is the burning of domestic fuels and natural gas. This includes many different fuels, such as coal, gas, and wood. Fuel that is used for both cooking and heating, such as natural gas, can create many different forms of air pollution. Particulate matter is one of the biggest concerns for fuel burning. This is a form of air pollution that can include sulphates, nitrates, ammonia, and many other harmful chemicals. If a particulate matter measures less than 10 microns (PM10), it can be inhaled and create issues with someone’s throat or lungs. The problem gets worse if the particulate matter is 2.5 microns or smaller (PM 2.5), as these particles are actually so small that they can penetrate into our bloodstream. Both long and short-term exposure to particulate matter is associated with a wide variety of health problems.

Industrial Sources and Emissions Contribute to Air Pollution in Urban Areas Industry can also contribute air pollution. This category of air-pollution source will include a wide variety of businesses, including coal-fired power plants, IT hardware production, heavy manufacturing, and oil refineries. Many of these industries contribute to the production of greenhouse gases. Carbon dioxide is one of the major air pollutants created by industrial sources, and this chemical can cause headaches, dizziness, difficulty breathing, and elevated blood pressure. This pollutant, often called CO2 is a byproduct of burning fossil fuels, so it’s also created by regular traffic.

Although they may be more associated with rural settings, there are also natural sources of air pollution that are present in cities. Natural sources can include smoke from wildfires, dust, pollen, and other air particles that are not directly caused by human activity. Wildfires, for example, create a lot of smoke that can linger over cities, causing problems with respiratory issues and making conditions like asthma or allergies more severe. Dust storms can also be a problem, as they propel microscopic dust particles into the air.

These may be outdoor sources, but they can create issues for indoor air pollution. 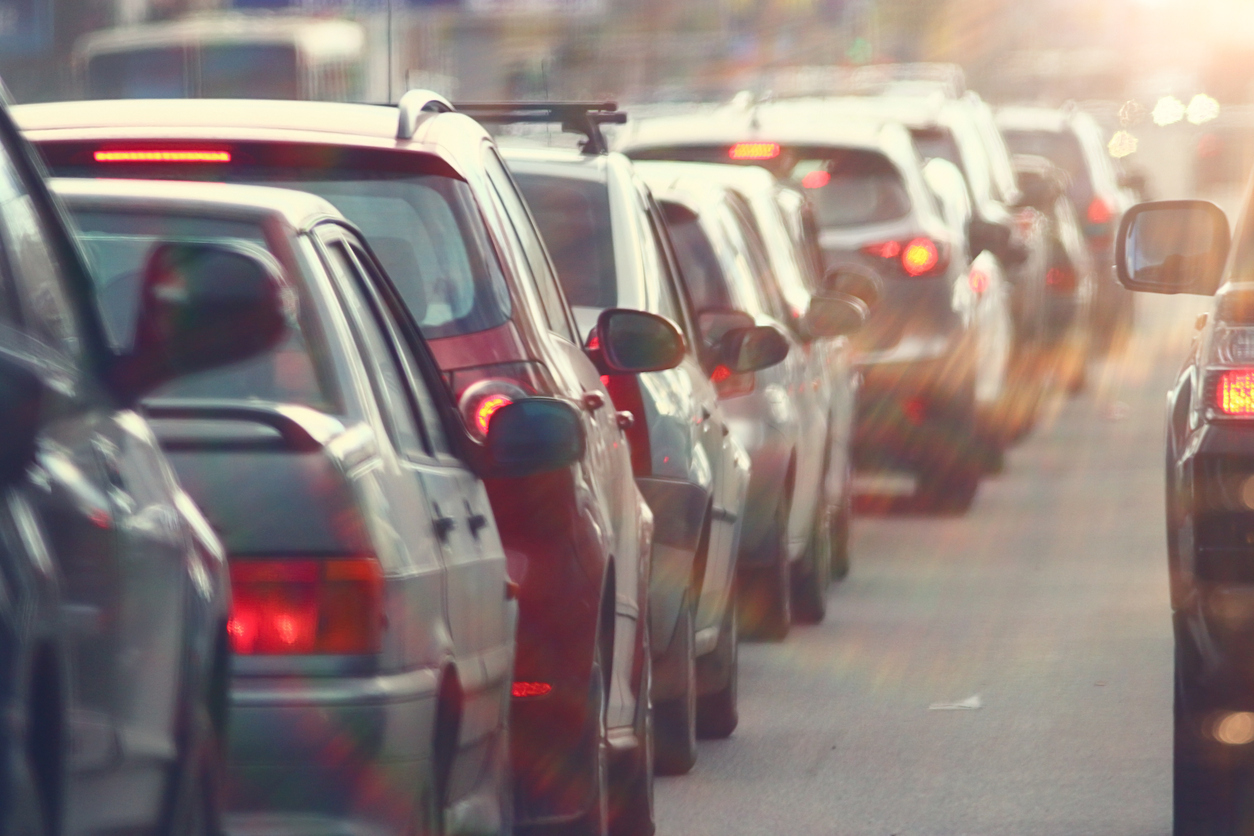 According to a report that was published in Environmental Geochemistry and Health, “air pollution has overtaken poor sanitation and a lack of drinking water to become the main environmental cause of premature death.” Air pollution such as vehicle and industrial emissions in urban areas can cause a wide range of illnesses, including heart disease, stroke, COPD, and lung cancer. It can also cause general respiratory issues, such as a difficulty breathing and coughing or wheezing.

The specific symptoms that someone will suffer when subjected to air pollution will largely depend on the specific pollutant to which they were exposed. Particulate matter, for example, contains droplets and particles that are so small they can be inhaled and can actually reach the bloodstream, causing issues to both the heart and lungs. Aggravated asthma is one of the symptoms of particulate matter, but there can also be a decrease in lung function for people who have no other respiratory issues.

Ozone is another air pollutant that has similar health impacts. However, there are also unique health implications from ground-level ozone. Breathing ozone can trigger chest pains, coughing, throat irritation, and inflammation in the airways, which is similar to asthma. Ozone increases the severity of bronchitis, emphysema, and asthma, among other respiratory conditions. 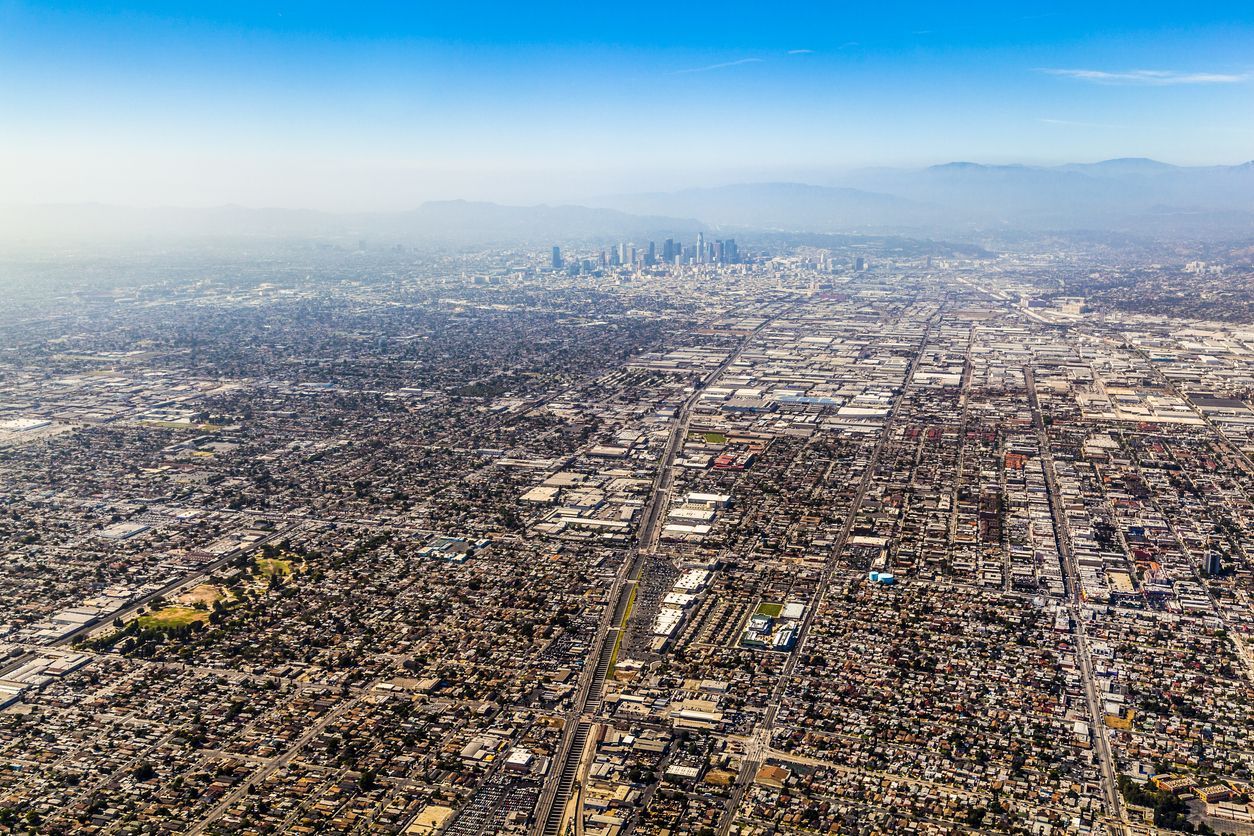 The Worst-Polluted Cities in the United States

So, what cities in the US have the worst air pollution? You might think that the largest cities in the country are the worst for air quality, and while this theory holds some truth, size of population is far from the only factor.

According to the American Lung Association, the worst city for ground-level ozone is Los Angeles, California, followed by Bakersfield, California. Bakersfield may be somewhat surprising, as it’s not considered a major U.S. city. However, this city of roughly 380,000 ranks #2 for the worst ozone levels, out of a list that includes 227 metropolitan areas. Of the top 10 worst cities for ozone levels, eight are in California. Only the Phoenix, AZ (#8) metro area and the New York City area (#10) are in the top ten and not in California.

For short-term particle pollution, Bakersfield takes the unwanted title for worst city. Once again, we see a high number of California cities in the top 10. Seven of the ten worst cities are in California, with Fairbanks (#4), Salt Lake City (#8), and Pittsburgh (#10) also on the list. 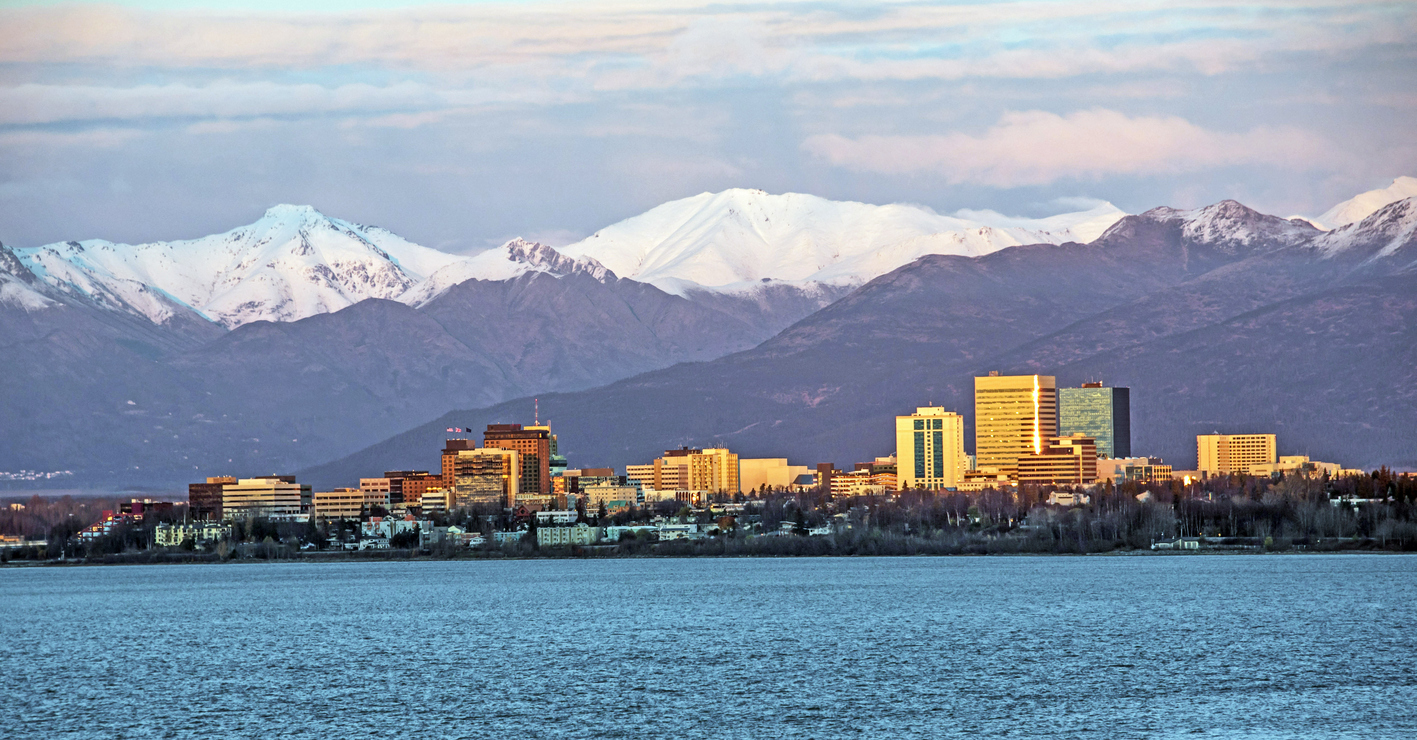 But what about cities with the cleanest air? If you want to have clean air all throughout the year, you should consider these U.S. cities…

For ozone, the cleanest city is Anchorage, AK, while Bangor, ME is second best. Bellingham, WA has the third-best levels of ozone for large U.S. cities. Unlike the most polluted, there appears to be a mix of locations on the list of cleanest towns. Cities in Kentucky, Texas, Georgia, Vermont, Wyoming, Iowa, and South Carolina are all in the top ten.

For the cleanest cities by year-round particle pollution, we also see a nice mix. Cheyenne Wyoming is the top city. Honolulu, HI and Casper, WY are in the top three as well. Then you see cities in states ranging from North Dakota to New York to Florida in the top ten.

Monitoring the Outdoor Air: An Essential Step for Living in an Urban Area

If you are concerned about urban air quality, ambient air quality, carbon monoxide, and concentrations of particulate matter, there are many steps you can take to improve the overall purity and cleanliness of your indoor air. However, the first step is knowledge, and this often means monitoring the air both inside and outside of your home.

The United States government, largely through the Environmental Protection Agency, has provided resources for monitoring air pollution in your area. There are many resources and scientific measurements used, but for the average person the most reliable resource is the AirData Air Quality Map, which provides up-to-date information on the air quality in your area.

This map allows you to check for criteria pollutants in your area, and helps you stay informed on the current levels of various pollutants that may be lingering in your outdoor air. Using this information, you can make informed decisions, such as whether or not you should have the windows open, or whether the air is too full of particles for outdoor exercise.

You can also monitor the air and ambient air quality inside your home by using air-quality monitors, which will tell you if your home has high levels of air pollution. With this information, you can decide, for example if you need to ventilate the home or if you should use an air purifier.

How Can You Improve Indoor Air Quality if You Live in a Polluted Area?

If you live in one of America’s over-polluted areas, you need to make your home a sanctuary from outdoor air pollution such as carbon monoxide and concentrations of air pollution.

Maintaining a clean, dust-free home is one of the first steps you need to take in order to have better indoor air quality. With regular cleaning and vacuuming, you can ensure less particles are floating in your air.

You should also have an air purifier in your home. An air purifier will help you remove many of the harmful airborne chemicals that create problems for indoor air. By removing allergens, pollen, and many other pollutants, you’ll breathe easier.

Find the Right Air Purifier for Your Home

If you want to improve the air in your urban home or rural areas, make sure you have a top-quality air purifier from Oransi. We have the right technology and designs for your home, office, or apartment, so browse our full selection today and you’ll find the right tools for controlling indoor air pollution.