The Southwest U.S. may not be considered a top area for allergies, but anyone who lives in this area understands that the region has plenty of allergens in the air. From smoke caused by wildfires to dust storms to pollen released by grass, the Southwest has it all.

To live in comfort and health, we will highlight the top allergens and show how to deal with them, including allergy testing, medication and reduction of air pollution. 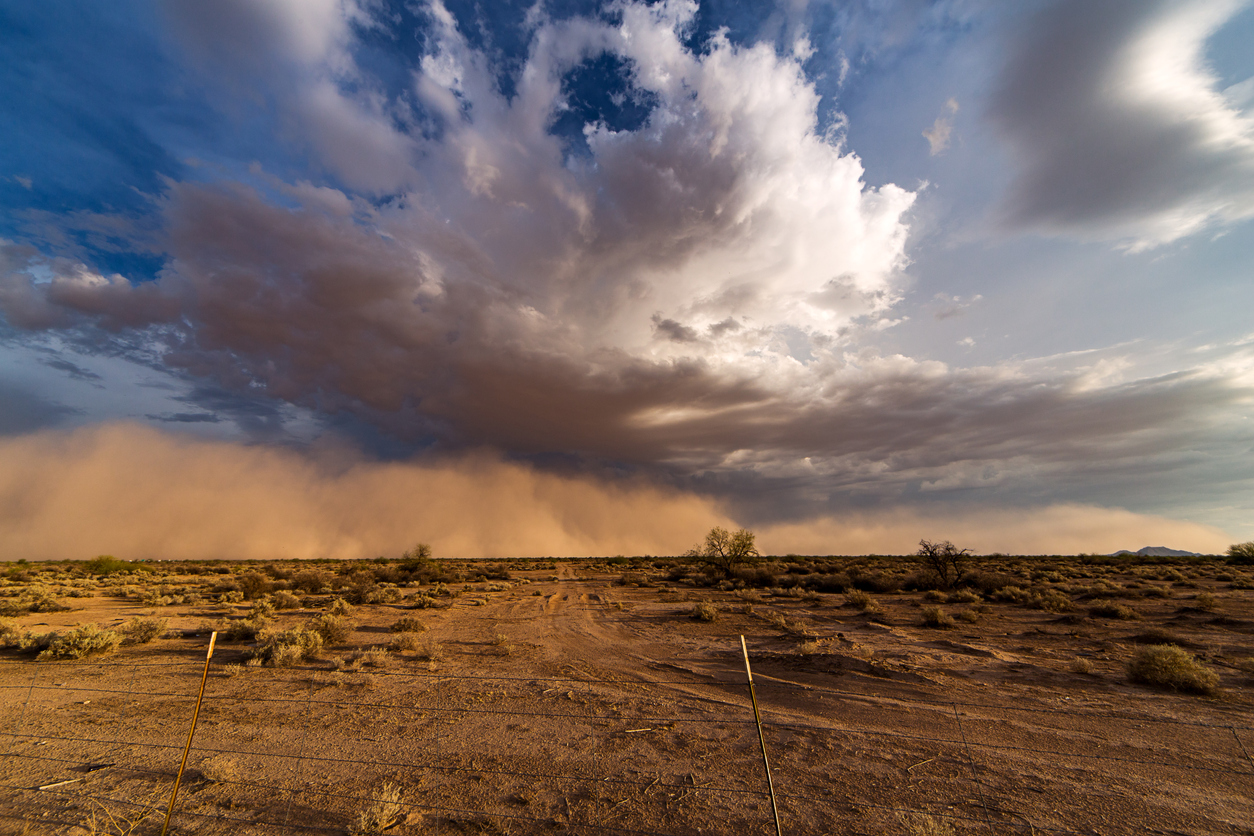 Of all the regions in the country, dust seems to impact the Southwest more than any other area. The Southwestern U.S. is one of the driest, most water-parched regions in the entire world, which means high winds can easily dislodge the loose soil and sand.

Dust can be present all through the year, and when a dust storm strikes, the issue can be particularly sever. Dust storms are essentially moving walls of dust that is dislodged by high winds. They contain particles of dirt and sand, as well as many other particles, and create significant health risks for virtually anyone in their path, especially people who have asthma or a sensitive respiratory system. Dust storms can strike any time of the year, but that are more common during the summer, when winds shift and temperatures rise.

Dust storms cause a wide variety of health issues beyond allergies, including respiratory issues. Dust storms can aggravate asthma, cause difficulty breathing, and cause stuffy and runny noses. But it’s not just respiratory issues that are created by dust storms, as they can also cause visibility issues when the dust is so think that you can’t see down the road. For this reason, thick dust storms can be just as dangerous as blizzards that strike northern states in the winter.

These intense storms can leave a lasting mark on an area for days or even weeks. Dust storms tend to leave poor air quality in an area long after the storm has passed, as particles can take time to settle. They can also leave a dirty film wherever they strike.

But there doesn’t have to be a significant dust storm for there to be dust in the air. At any time of year, dust can rise up and create significant health concerns for anyone with allergies.

If you live in the Southwest, you should have a reliable plan for dealing with dust in your home. There are many strategies you can take, but regular cleaning and vacuuming is one of the most basic and effective steps you can take to increase the quality of air on your house. By cleaning your home on a regular basis, you’ll be able to decrease the overall amount of dust in your indoor air. Wood flooring, as opposed to carpet, tends to be better for dust, as cleaning the floors and removing dust particles is much easier on a hard surface than on carpet fabrics.

Whether it was started by natural causes or by careless behavior, the result of a fire is essentially the same: devastation and destruction, followed by lingering and moving wildfire smoke. This is one of the most common natural disasters in the United States, and while burning homes and misplaced families get their share of media attention (rightfully so), there is often little attention for the health effects of wildfire smoke.

Wildfire smoke can cause severe allergic reactions and create breathing issues for anyone that has respiratory conditions. Wood smoke is largely made up of carbons and hydrocarbons, so it can cause or aggravate allergies. Someone may have allergies to the smoke itself, or they may have allergies to dust, which is then aggravated by wildfire smoke. No matter what your level of health, inhaling wildfire smoke is harmful to your lungs and respiratory system, so you need to avoid the smoke and prepare your home to be a safe haven from harmful smoke chemicals.

While some think pollen allergies are created by flowers, these bright plants rarely cause significant allergic reactions. This is because flowers use insects, such as bees, to pollinate and reproduce, which is why flowers have vibrant colors; they are meant to draw in insects. A far more common allergen is grass pollen, which is driven by the wind, not by insects.

Wind-driven pollen is found all over the world, but differences in regions create a variety of conditions, and some spots are worse for allergy-sufferers than others. In more northern regions, pollen is largely a seasonal issue. There is little to no pollen during the cold winters, but there is a burst of allergens when the air warms and grasses release their pollen.

In the Southwest U.S., however, things are slightly different. Because the weather is generally warmer, plants are able to release their pollen virtually through the entire year; there really is no hay fever season like you have in the Midwest or Northeast.

The pollen calendar provided by HollisterStier Allergy provides a good reference. If you look at their calendar, you’ll see that 9 out of the 12 months are listed as having plants that release pollen, and it tends to be spread almost evenly throughout the year. This indicates that you can suffer from pollen allergies throughout the majority of the year.

Throughout the Southwest, you can find many different plants that release pollen. This includes both native species as well as species of plants that have been introduced. Desert ragweed, for example, is a species that is native to the area and creates allergies. Desert broom and wing scale are also native plants that release pollen. Introduced species include olive, white mulberry, Russian thistle, and many types of weeds. Because there is a high diversity of plant life, people who are allergic can have many different allergy symptoms.

Mold tends to grow best in damp locations, so while the arid Southwest might not seem like the most typical place for mold allergies, it’s still a concern for people in this area.

In fact, there is a mold that grows in the soils of Arizona and certain areas of California that causes an illness called “valley fever.” This illness is caused when mold spores are stirred up and released into the air, and it can cause fever, coughing, and chest pains, among many other symptoms.

So mold can exist and cause illnesses. But what about mold allergies?

If you are allergic to mold, you usually have an allergic reaction when you breathe mold spores. Mold spores are used for reproduction, similar to plant pollen. The spores float in the air and, when they land in a comfortable location, are able to create new mold colonies. When an allergic person inhales these spores, it creates a reaction from their immune system, which treats the spores like a significant threat. This immune response creates all the symptoms you associate with allergies, including runny noses, coughing, itchy eyes, and respiratory issues.

The rainy season is when the Southwest tends to see the most mold growth and high concentrations of mold spores. This means that most people will experience mold allergies during the summer months, from about July through mid September. If you are allergic to mold spores, be sure to take precaution during this season so you do not suffer from many of the symptoms that come with allergies.

You don’t have to be bitten or stung by an insect to have an allergic reaction. In fact, there are many ways that you can suffer from insect allergies, including inhaling insect leavings and body parts. Disgusting as it might sound, insects can actually leave airborne pollution in your home and because there are many different insect species, this is a concern for residents in this area.

If you have an allergic reaction to household pests, you may notice difficulty breathing or you may have basic coughing and a runny nose, as well as itchy eyes or mouth. 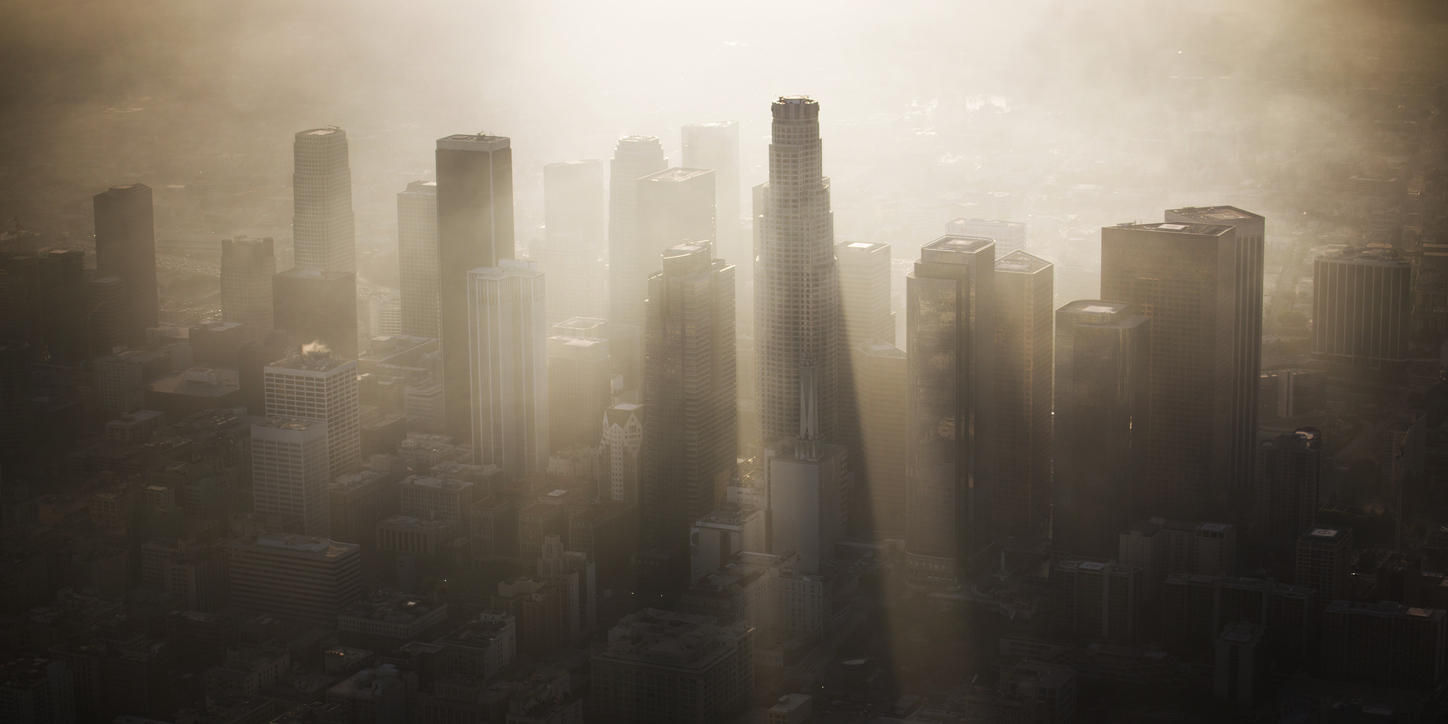 Another problem is traffic pollution, which can aggravate allergies and make allergy sufferers miserable. Air pollution from traffic is known as a problem in many major cities, including Los Angeles, Phoenix, and Las Vegas.

According to the American Lung Association, many of the most polluted cities by ozone, which is caused by traffic and other sources, are in the Southwestern states. In the top 25 most ozone-polluted cities, you will find LA at the very top, while Sacramento, Phoenix, Denver, San Diego, and Dallas are all on the list. Particle pollution and other pollutants show similar result, with nearby areas having significant levels of both long and short-term particle pollution.

Air pollution creates issues for even the healthiest people, but if you have allergies or asthma, air pollution can create a significant problems for your health and wellbeing. You may have difficulty breathing, or experience coughing and wheezing.

Particle matter has been linked to allergies, and it is know to trigger responses from immune systems. Different particles can create different reaction among the population, so it’s essential that you understand your allergies and try to avoid exposure. If you have allergic reactions to particle matter, or if you are simply sensitive to air pollution, avoid outdoor activity when pollution levels are high, and reduce particle matter in your home by using an air purifier with a HEPA filter.

You can reduce allergens like pet dander, dust and airborne pollution in your home by using HEPA air purifiers from Oransi. Contact us today and we’ll help you choose the right purifier for your specific needs!