But how did an invention that was intended to stop paper from wrinkling become so vital to everyday life? And how will HVAC air conditioning systems change to meet population growth and climate change needs in the coming years? 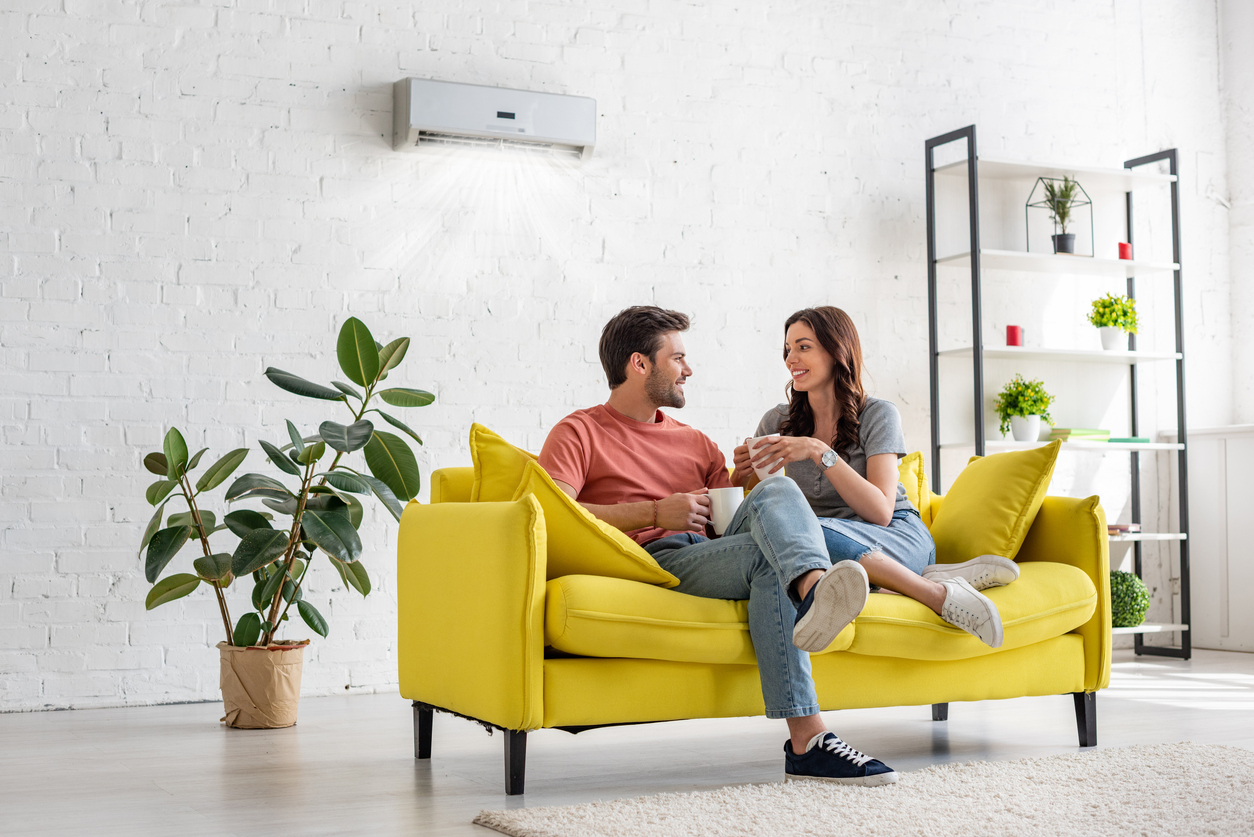 History of the Modern Air Conditioner

The air conditioner as we know it today comes from a fairly familiar name in the world of HVAC, Willis Carrier. Between 1902 and 1906, Carrier developed a system that removes moisture from the air and cools the temperature of an indoor space.

The original Carrier air conditioner was actually designed for a printing facility. The room’s high moisture level caused the pages to shrink, meaning that the ink wouldn’t align properly on the pages. Carrier’s main task was to develop a product that would make the humidity and temperature in the room remain constant.

Carrier’s air conditioner used one fan to suck hot air from the room into a box. This hot air was then cooled with cold water which also raised the air’s moisture level. Although counterintuitive, raising the moisture level allowed him to have control over exactly how humid the air was. He then added dry air to the system to reach his desired relative humidity level.

The original system that Carrier developed is actually very similar to the air conditioners that are in our homes and offices today. Despite incredible innovations and developments in other technologies such as cars and computers (in much less time), the basic technology of air conditioning systems has remained fairly stagnant.

Since the population in much of the world is greatly increasing and climate change is a definite reality, it’s important that the future of AC brings more efficient systems to not only reduce costs to the consumer but also lessen the impacts on our environment.

The first advancement in air conditioning may actually seem like a major step towards a more primitive time.

According to the Department of Energy, air conditioners account for 6% of the energy used in the US and the waste produced by ACs contribute to around 8% of the total greenhouse gas emissions. Since air conditioning is becoming more and more common throughout the world, it’s important that we improve AC technology to ensure efficiency for the entire system.

Ice-powered air conditioning takes advantage of peak load. Essentially, peak load is the time of day when people are using the most amount of energy.

Since the hottest time of the day is generally in the afternoon (around the time most people are getting home from work), this can put a strain on utility companies - every house needs to cool down their space at exactly the same time. Energy companies account for this strain by charging consumers a higher rate during this peak load time.

The opposite of peak load is base load. Energy consumption is almost always lowest at night. The outside air is cool and people are usually asleep. The only electronics that are often running are things that cannot be turned off, like refrigerators and emergency lights.

Ice-powered air conditioning uses ‘load shifting’ to take advantage of this base load time. The system freezes a large water tank overnight so that most of the energy consumption occurs when energy demand is otherwise low. Fans blow over the ice the following day to help cool the building.

Although this type of system cannot completely replace a conventional air conditioner (especially during the hottest days of summer), it can definitely reduce costs for the user and place less impact on the environment.

Perhaps the largest change in the air conditioning industry during the past 50 years has been the phasing out of harmful chemical refrigerants. Although efficient at cooling, refrigerants that contain chlorofluorocarbons (CFCs) are known to deplete the ozone layer. Ozone depletion is a concern because it increases the amount of ultraviolet light (UV) that reaches the Earth’s surface; meaning a greater likelihood of skin cancer and damaged crops.

AC units that use water instead of chemical refrigerants, such as this one developed by researchers in Singapore and this this air conditioner developed by scientists in Florida, could drastically decrease the impact that ACs have on the environment.

These air conditioners dry and chill a space by sucking air through a selective membrane. Each membrane is extremely thin (smaller than a piece of paper) and uses water absorption and evaporation techniques to achieve comfortable indoor conditions.

Since American CFC production stopped in 1995 (due to environmental dangers), nearly all air conditioning systems have transitioned to using halogenated chlorofluorocarbons (HCFCs) as a refrigerant. Unfortunately, it is now known that HCFCs also deplete the ozone layer and are thus being phased out.

There will be a complete ban on all HCFCs beginning in 2030, which means that we don’t have a long time to transition to technologies that eliminate these harmful chemical refrigerants.

Another trend that is already contributing to greater comfort (and energy efficiency) in many buildings is the transition to smart technologies in our air conditioning systems.

While the actual cooling system might use conventional air conditioning technology, smart air conditioners give the users more control over their environment.

Most of the smart air conditioning systems enable the user to the control temperature remotely with their smart phone. This tool can be especially useful in reducing wasted energy from cooling an empty home. People can now turn their air conditioner on when they leave work to have the house at desired conditions once walk into the door.

Some of the smart systems can even automatically account for changes in outdoor weather. Your desired indoor temperature and moisture levels may differ depending on whether it’s a dry 100 °F outside or if it’s 70 °F and raining.

Finally, one last advantage of smart air conditioners that many users may not initially think of is an increased life out of a system. Much like the service light indicators on the dashboard of your car, systems can now notify the user when a part breaks or needs to be inspected. This means that the system will always be running at its maximum efficiency and HVAC inspectors will not need to make unnecessary checkup trips.