We all need clean air at home and at work. For people from all walks of life, air quality should at least be a topic of discussion.

For industrial workers and people in industrial areas, however, clean air is vital. Poor air quality can lead to significant respiratory and general-health issues, so anyone who lives or works near major industry should be aware of industrial air pollution. 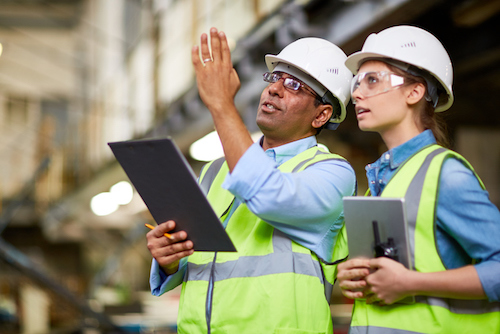 What is Industrial Air Pollution?

There are numerous sources of air pollution and many different types of chemicals and particles that can contaminate the air. For this reason, it’s helpful for us to define industrial air pollution and separate it from other forms of pollution.

To define the term, we’ll quote Conserve Energy Future, which defines industrial pollution as “any form of pollution that can trace its immediate source to industrial practices.”

Industrial air pollution is any air contaminant that can be traced back to an industrial source.

Of course, this can be complex. Your average exhaust-emitting car wouldn’t be considered industrial air pollution, but commercial trucks could be, at least by CEF’s definition. 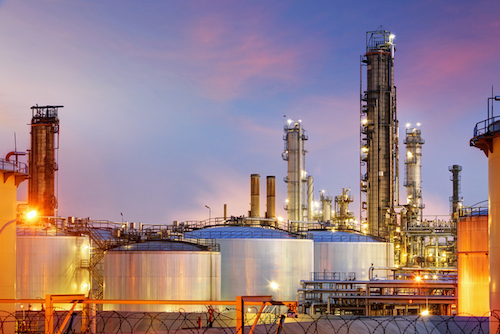 It’s important to note that concerns over industrial air pollution are not vague, theoretical claims. As we’ll show, there is a large body of research linking industrial pollution to many different health risks.

For example, a study from the United Kingdom found noticeable increases in respiratory issues among children living near cement works, that use a large amount of hazardous-waste-derived fuel. The study looked at children who live close to the cement works facility and children who lived a significant distance away, roughly 5.5 to 12 miles. Information was collected through a health questionnaire on children 5 to 11 years old. The data showed that certain health indicators, namely sore throats, blocked noses, and sore eyes, were higher among children living closer to the cement works facility, which may be caused by exposure to emissions from the site.

However, they emphasized that firm conclusions could not be reached because they don’t have data predating the facility, which could be used as a comparison.

When we think of air pollution, we often think of smoky vehicles emitting a choking fog.

While this is certainly unhealthy, there is research that suggests industrial air pollution may be more dangerous than car emissions. A 2009 study, which was described in Science Daily, took air information from areas near industrial oil refineries and areas with heavy traffic. They also looked at the health information of children living in these different locations. The results showed that roughly 25% to 33% of all children near the industrial areas suffered from respiratory issues, while roughly 12% to 16% of children in high-traffic areas had the same issues. Similar results were found for lung function impairment.

Another study, this one conducted in northern Lebanon, found that living within three kilometers (under two miles) of cement and fertilizer plants brought a significantly higher risk of coughs, colds, phlegm, and annual occurrences of chest colds and wheezing. A higher rate of respiratory problems was found among children near cement plants than fertilizer plants.

It also seems that industrial air pollution affects the youngest children the hardest.

A study that was conducted in industrialized areas of Nigeria found that the negative effects of industrial air pollution (cough, cold, bronchitis, sinusitis, and phlegm) were more common among children below two years of age. The older the child, the study found, the less likely they are to suffer from respiratory issues caused by industrial pollution. This suggests that people with young children should be especially aware of air pollution both indoors and out.

Important Note: Being Outside is Still Healthy!

These studies, however, should not keep you from going outside. With all the research that condemns air pollution of all types, it can be easy to scare yourself into staying indoors at all time. But even with cars and industry, it’s much better to go outside.

An article from Canadian researchers that was published in Canadian Family Physician states that while outdoor air quality can impact health, their organization “encourages exercise in accordance with other public health guidelines except in situations of higher risk from air pollution, which occur infrequently.”

Many people consider air pollution to be strictly an outdoor concern, but as air quality testing has shown, indoor air pollution can be just as troublesome as outdoor air. If fact, because we are inside for large portion of our time, it’s reasonable to assume that indoor air quality can be more important.

While it’s nearly impossible to eliminate every microscopic contaminant, it’s not impossible to reduce the levels of dust and chemical contaminants in your home. In many cases, simple home cleaning and the use of an indoor air purifier should help.

Important Laws and Regulations Affecting the Air You Breathe

If you want to understand the air you breathe, it helps to know the major federal laws that have influenced American air quality standards.

This is an important piece of legislation because it was the first federal law that addressed air quality. Although this law did not take action to improve air quality, it set the process in motion by providing funds for air quality research and technical assistance. It left the states in charge of the programs and preserved the rights of states and local governments to take action against air pollution.

This was the first federal law that put the federal government in control of air quality, not just funding for research. It created a federal program that was part of the U.S. Public Health Service, authorizing research into techniques for controlling air pollution by the federal government that could be used later.

Perhaps the most famous law for clean air in the nation’s history, this 1970 law authorized the EPA to set standards of emissions with the goal of improving public health. The law directed states to take specific action, but gave each state the power to design and implement plans for enforcement. For example, West Virginia could create an implementation plan that addressed air pollution from their state’s coal industry, while Texas could create a plan that addressed the oil fields.

Amendments to the Clean Air Act: 1990

Although the act went through a few amendments leading up to 1990, this one is generally regarded as the most substantial. It affected industries by creating many different mandates, such as permit programs and control of various toxic pollutions, including airborne emissions. Most importantly, it expanded, modified, and updated enforcement authority and established a system to phase out chemicals that deplete the ozone layer.

So, we know what industrial air pollution is, and we know a little about what the federal government has tried to do about it, but what can you do to keep yourself or your family healthy?

If you are an owner or manager in an industrial business, what can you do to create cleaner air for your employees and fellow citizens?

If you live near potential sources of industrial air pollution, what can you do to keep your family safe? 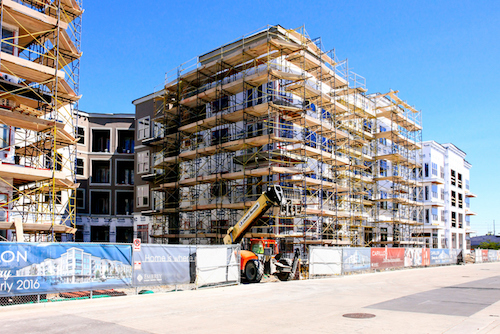 What Can You Do to Ensure Clean Air in Your Business?

If you own a business that could potentially harm the respiratory health of your employees or nearby community, you obviously have a lot of responsibility. Even seemingly harmless businesses (at least from an air-quality perspective), such as home construction or product assembly, could have issues with air quality. Anything that involves wood manufacturing, cement, cooking, and manufacturing, just to name a few, could involve air pollution and low-quality air for workers.

There are many sources of indoor air pollution that could be affecting your facility, including dust from your operations, fuel emissions from gas-powered equipment, and chemicals that are used in your work. Properly identifying which chemicals are harming your indoor air quality is one of the first steps to overall improvement.

In many cases, proper ventilation could help improve the quality of the air at your facility. If your operations include lots of sawdust or rock dust, the right ventilation systems can remove many of the harmful contaminants that cause respiratory issues. Your operations could also benefit from industrial air purifiers. If necessary, consider purchasing face masks to help reduce the amount of particles your employees inhale.

You can also consider purchasing an air purifier for commercial purposes. The Erik 650A, for example, is one of the most effective purifiers for rooms measuring 1,700 square feet. When used in conjunction with large-scale measures, this can provide better air for your industrial employees.

Review your facility to make sure it is properly designed to provide the best possible air for your workers. This is the right thing to do for the people who keep your operations running, and neglecting proper air quality measures could result in serious fines or penalties leveled against your business.

Finally, be sure to document any concerns that employees have about the quality of air in your facilities or work sites. Take note of how the problems occur and where and when it first started. Take this information to the right experts on your staff to make sure steps are taken to improve air quality and maintain a safe work environment.

In addition to air purifiers, there are many technologies and smoke eaters that may be effective for cleaning the air in your location. Large, advanced machines such as dust collectors can be extremely important for keeping microscopic dust from contaminating lungs, throats, and nasal passages.

Living Near Industrial Air Pollution? How to Protect Yourself

If you live near an industrial facility, or in a city or neighborhood that generally suffers from industrial air pollution, you need to take steps to protect yourself and your family.

First, take an internal approach by improving your indoor air. If you can’t have perfectly clean air outside, you can at least breathe healthy air while indoors. Use air purifiers, maintain a clean home with low levels of dust, and eliminate allergens that may be enhancing your respiratory problems.

Next, you can protect yourself against outdoor air pollution by first monitoring the quality of outdoor air in your area. With this information, you can make a decision on whether or not certain safety measures, such as breathing masks, are required. Again, we’d side with the expert recommendations and encourage outdoor activity, as most outdoor air is generally safe and the harms of inactivity can be worse.

With this knowledge, you can live a healthy life with a reduced risk from industrial air pollution.

Improve Your Indoor Air with Oransi

You can have high-quality air purification for your home, office, or workshop by contacting the team at Oransi.

With a full selection of products and a staff of knowledgeable experts, we can help you make the right choice for your air purification needs.