There are few regions of the country that offer the majestic beauty of the Pacific Northwest. With mountains, forests, rivers, bays, and access to the ocean, this is a paradise for anyone who loves the outdoors.

But it can also be a difficult place for those with seasonal allergies. If you suffer from allergic rhinitis, you understand just how difficult the pollen season can be. With knowledge and a plan, however, you can control and reduce your allergic reactions. 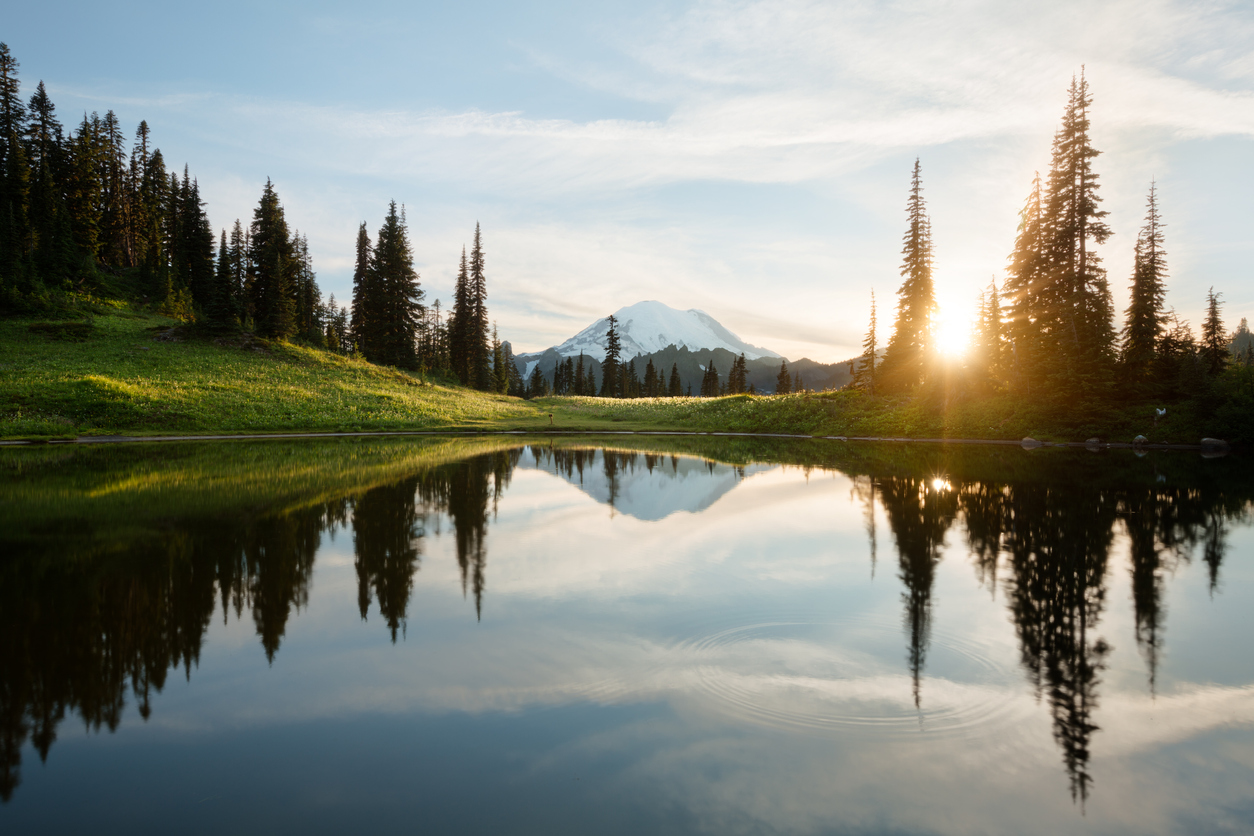 Mold allergies can create many health concerns but the Pacific Northwest with high moisture levels and moderate temperatures, is certainly a place where mold can find a home. Like all living organisms, mold needs food and water to survive; if it gets enough of both, it can live, thrive, and reproduce; it’s actually the reproduction that impacts people with mold allergies. This is because mold releases tiny reproduction units called spores.

The spores float in the air and, if they land in the right spot, can create new mold colonies. Only the luckiest of spores will land in a welcoming location with the right amount of moisture and an ideal temperature. A high percentage, however, won’t become new mold colonies. This means that mold needs to send out millions of spores to increase its chances of reproduction, which is why when mold needs to reproduce, it releases a huge number of spores, which float in your air and can be inhaled, triggering mold allergies.

So what can you do?

The first step you need to take if you are going to prevent mold is to maintain a clean, dry home. Clean up spills and dry any areas that have leaks, and constantly check your home for any standing water, especially in the basement. You can also use a dehumidifier to keep the relative humidity below 50%, and you can use an air purifier to trap and kill mold spores that find their way into your home. 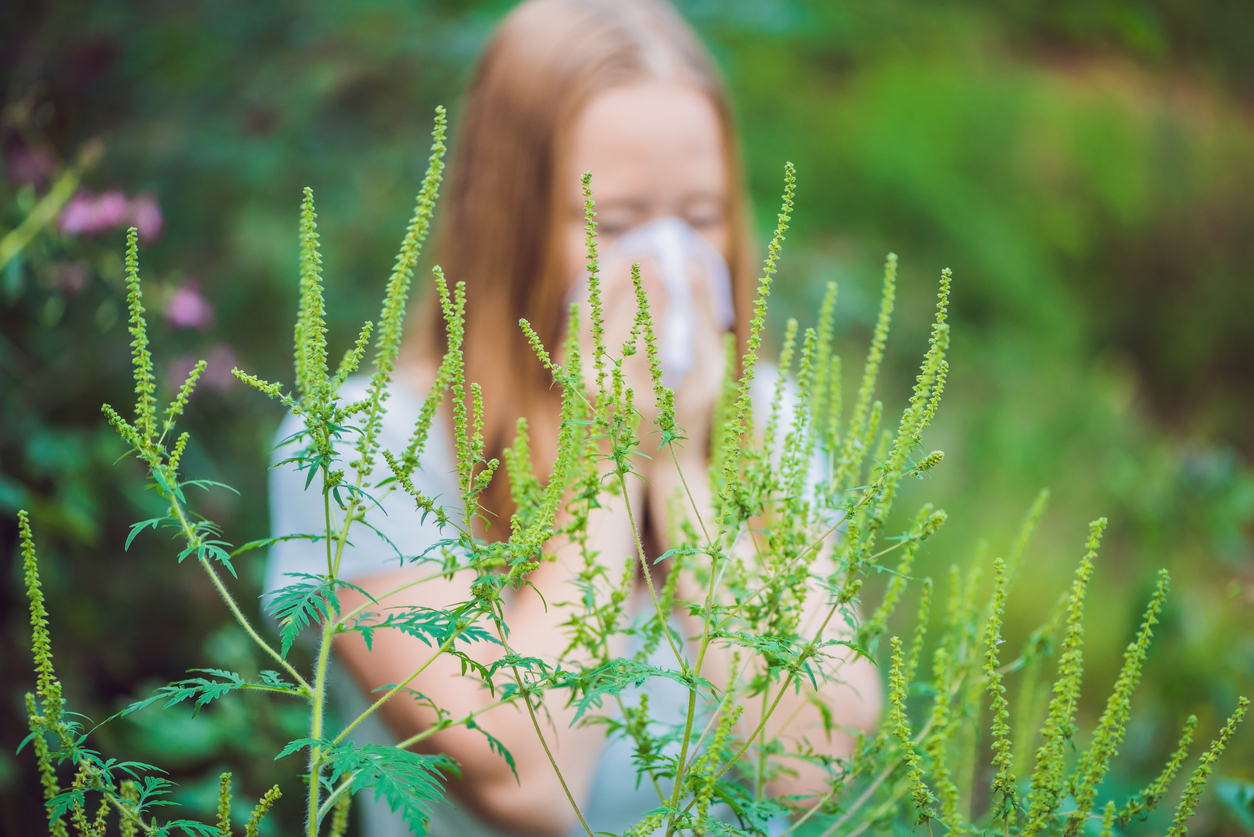 Another issue in the Pacific Northwest is ragweed season, which usually releases pollen around late summer or early fall. Anyone with hay fever triggered by ragweed knows just how difficult this allergen can be, as life becomes miserable once allergy symptoms begin, which can include sneezing and itchy eyes. For some, ragweed can even trigger asthma attacks, making life even tougher to deal with. Ragweed allergies can not only be tough to deal with, they can last a long time, as ragweed continues to release its pollen until the first frost comes. This means ragweed allergies can last as long as ten whole weeks!

Ragweed is a family of plants that includes many different species, such as the sagebrush, rabbit brush, and burweed march elder. While some may spread by insect pollination instead of wind, they can still cause allergic reactions if you come into contact with the pollen.

While ragweed is most common in the Eastern and Midwestern states, it is found in the Pacific Northwest. Plants live for only one season, but a single plant can release millions of pollen grains; some can release as many as one billion.

Ragweed is commonly found in rural areas, although the pollen can easily drift into urban locations. Warm weather and a strong breeze is generally the best weather for spreading ragweed pollen, and while pollen counts are usually highest near the plant itself, it’s not uncommon for people to suffer from ragweed allergies even if they are nowhere near the weed.

The Northwest region is full of many gorgeous trees, and while they are attractive to look at, they can wreak havoc on your overall health and well being. If you are allergic to tree pollen, you know just how troublesome these large plants can be.

According to a report published in the Federal Way Mirror, the worst time of the year for pollen allergies in the Northwest is late winter to early spring; roughly February through April, making it the first real allergy season of the year. Grass and weed pollen will come later, but first, we have to get through tree pollen season.

MultiCare, a non-profit care organization based in Washington state, provides tips on getting through the local allergy season. They recommend first avoiding pollen altogether by sticking to indoor activities when counts are high, which is commonly in the middle of the day. They also recommend wearing glasses and a hat, which will help keep pollen off your face, and wash off after playing or exercising outdoors.

Like trees, grasses release pollen for reproduction, but they tend to do so later in the season. In the Northwest, grass season can last almost half the year, as grasses have a long opportunity to grow in the summer. The Northwest Asthma & Allergy Center provides useful information on the pollen production of grass. According to a yearly chart, grasses create pollen from roughly mid-April through the end of September, accounting for about 5.5 months. This means that pollen-allergy sufferers have to make it through the warm summers while fighting allergic reactions like coughing, sneezing, and wheezing. The peak season, according the the organization, is from the middle of May through the middle of July, accounting for about two months total.

There are numerous grasses that release pollen. Brome, Johnson grass, and Kentucky bluegrass are all found here. Because of the variety of grasses, it’s often useful to know which species of grass you are allergic to, as this will help you avoid the allergens.

Enhance Your Indoor Air with an Oransi Air Purifier

No matter what type of allergies you have, an air purifier from Oransi will help you breathe cleaner, healthier air. With a wide selection of purifiers in various sizes, we have the choices you need for excellent air purification. From dust or mold to pollen to cat dander, you’ll have an air purifier that ensures healthier living with fewer allergic reactions.