Mold is all over the country, and it can cause a wide range of problems.

Exposure to high concentrations of mold can lead to a variety of health issues. Mold is linked to symptoms such as headaches, fatigue, and shortness of breath.

The fungus can cause problems with your respiratory system, especially if you suffer from conditions like asthma or allergies. Mold allergies can be incredibly challenging, creating a variety of symptoms ranging from irritated eyes to coughing. If you have asthma, mold can trigger attacks that make it difficult to breath.

It’s a fact that no matter where you live, you can be exposed to mold. But it’s also true that some regions are at a higher risk, and experience higher concentrations than other parts of the country.

Let’s explore the conditions that lead to mold, and use this information to determine the worst regions in the U.S. for mold growth. With this information, you’ll be able to make strategic changes in your home, such as the use of a dehumidifier or an air purifier for mold. 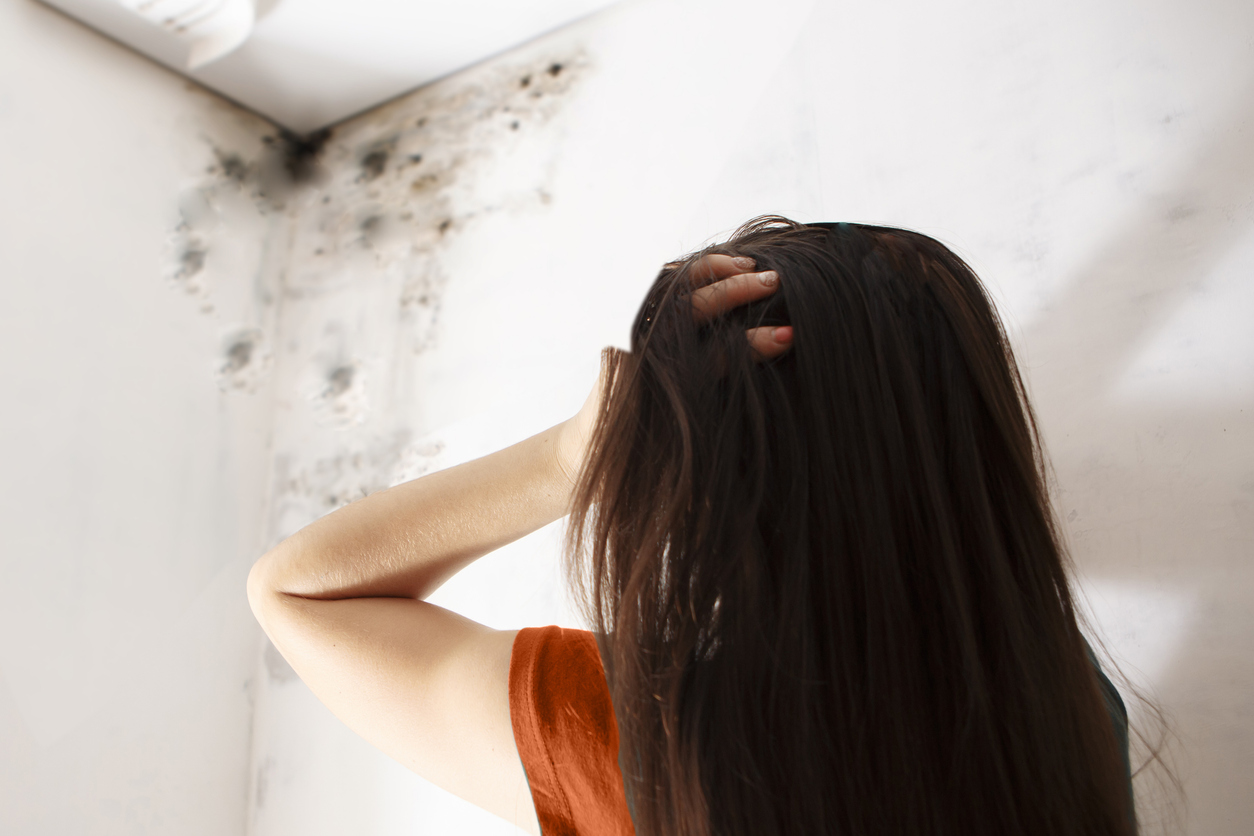 What are the Ideal Conditions for Mold?

To understand the worst regions in the U.S. for mold, we should start by identifying the conditions to look out for. As you may know, mold and mildew like wet areas, which is why flooded basements are often plagued. But as we’ll see, it takes more than just water to grow mold.

According to the University of Central Florida, to have the growth of a new mold colony, there needs to be four essential factors, the first of which are mold spores, which are the reproduction tool of mold. Extremely small and microscopic spores are everywhere, but in small concentrations, they are virtually harmless. When a mold spore, which floats on the air, lands in an ideal location is when the problem begins.

To create a new colony, the mold spore can’t land just anywhere. Instead, it needs ideal resources to promote growth; just like any living creature, it needs comfortable temperatures, as well as a source of food and water.

Unfortunately for us, mold is most comfortable in household temperatures. However, it can also grow in temperatures near freezing, as well as high temperatures found in tropical regions such as Hawaii. Temperatures within 50 to 70 degrees are generally the best for mold, but even above and below this level, it is able to survive although it may not grow as quickly.

Mold is shockingly resourceful when it comes to gathering food. Any material that contains carbon can be a source of food. This means that any organic matter can serve as a food source, including wood, paper, and organic fibers. Even the paper on sheetrock is a potential source of life-sustaining nutrients for mold.

The final requirement is water. If all the other factors are present, but there is no water, mold will die out just like any life form. Small puddles of water and overall dampness on materials are generally enough for mold, but it is so resourceful that it can literally extract the moisture it needs from the air, which is why high humidity levels are a contributing factor. For this reason, you should try to control humidity through the use of a dehumidifier or air conditioning in an effort to keep mold from growing.

Worst Regions in the U.S. for Mold

First, there appears to be very little research on mold by region. There are theories and established common knowledge, but when it comes to scientific research on the worst regions in the U.S. for mold, there is little.

However, there is a study published in the Journal of Environmental and Public Health that looks at the geographical distribution of mold across the country. Using a large sample of houses in multiple states, researchers collected dust samples that were analyzed for the presence of various molds. There was vast data to sort through, but the conclusion was enlightening: they found that mold is “broadly distributed with only limited geographic selection.” Basically, mold can be found anywhere, and it’s not picky about where it lives as long as the right elements for growth are present.

Rain as a Contributor to Mold

Mold can live anywhere, but that still doesn’t change the fact that certain areas are more susceptible to it. Most importantly, areas with high levels of moisture are more likely to experience mold growth, which means people living in these regions need to take proactive measures to prevent the fungus.

According to CurrentResults.com, Hawaii is the wettest state with an average rainfall of almost 68 inches annually. Louisiana is the next highest, with just over 60 inches a year, followed by Mississippi (59 inches) and Alabama (58.3).

In fact, it appears that the Southeast is one of the worst regions for mold, as it holds nine of the top eleven states for annual precipitation. While Hawaii is tops, the rest are in the Southeast except for Connecticut. Florida, Tennessee, Georgia, Arkansas, North Carolina, and South Carolina are all on the list.

While the Southeast seems highest for rainfall, if you move up the coast into the mid-Atlantic and Northeast regions, there are still large amounts of rainfall. Connecticut, Delaware, New Jersey, Rhode Island, West Virginia, Maryland, and Virginia are all in the top 20 for highest precipitation.

On the opposite end, the driest areas of the country can be counted on to provide less risk for moisture, and hence less risk for mold. Nevada is the driest state, according to CurrentResults. This state receives less than ten inches a year, making it the only state with annual rainfall in the single digits. Not surprisingly, it is western states that are the driest, with Utah, Wyoming, Arizona, New Mexico, Montana, Colorado, North Dakota, Idaho, and South Dakota rounding out the bottom ten for precipitation.

If you are looking for a place where there is less chance of mold growth, it stands to reason that these areas would be an ideal place to live.

Across the nation, there are also areas that experience high humidity, which can contribute to mold exposure. While the midwest has its fair share of high humidity during the summers, it appears that the year-round humidity levels of the southeast make it the most humid region in the country.

According to information from Florida State University, Florida is the most humid state in the country. (See “Is Florida the most humid state in the nation?”.) They show a map that displays levels of annual mean dew point temperatures, which indicates high humidity. Southern reaches of Florida, as well as Gulf Coast areas to Texas, have dew points above 60 degrees. The dew point levels remain high even as you go north, with large sections of South Carolina through mid-Texas experiencing average dew points in the 50 to 55 range. It’s not until you travel to Pennsylvania that you see a band of dew points at 35 to 40 degrees.

The map shows low dew points around the Rocky Mountains, which indicates that these regions have low humidity. You can reasonably assume that these sections of the country have less chance for mold counts in the home.

Indoor Conditions, Not Outside Factors, Seem to Have Higher Impact on Mold

While outdoor factors, especially precipitation and ground moisture levels, can impact the growth of mold, it seems that indoor factors are more important, especially for people who have mold allergies. Outside, mold is not found at high concentrations, so it’s rare that you would have high levels of mold spores like you might find in a damp basement. Because of the natural dispersion of spores into a far wider space, mold that grows outdoors does not come close to the concentrations that can be found inside a damp basement.

Also, indoor factors tend to be the same all across the country. For example, a house in Nevada, one of the driest states, could have a pipe break, leading to water damage and eventually mold. The same goes for a house in Florida: if a pipe were to leak, it would cause essentially the same result.

However, it still remains true that areas with high moisture and humidity maintain a higher risk for mold growth.

Even if you live in the driest region of the country, you need to protect your home from mold growth and other forms of air pollution such as pollen, pet dander, dust, and other allergens.

While maintaining a dry home is crucial, you can reduce the chances of mold growth and harmful symptoms from allergens with an Oransi air purifier, especially the Finn HEPA UV air purifier, which uses UV light to destroy mold spores.

Contact our staff to learn more about our full selection of world-class air purifiers.